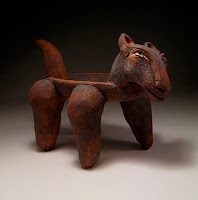 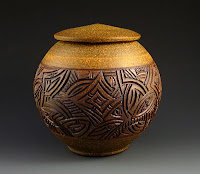 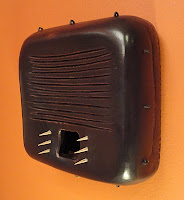 This show honors those memories and sacredness in ceremonial clay creations.

Stephen Biggerstaff.... “I am inspired to make work that references reliquaries, censors, and altars - rituals and reminders keep me grounded; and creating these objects in clay allows me to communicate my experience of witness and remembrance while on my earthly adventure.”

“ i create clay sculpture...standing at the doorway of creation (the Mystery) i bring my dreams into being from the clay, which is the body of sacred mother earth.“ .....Blue Fire MacMahon

today in the studio... 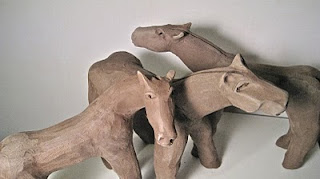 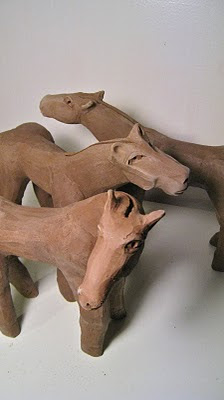 100 owls and other beings 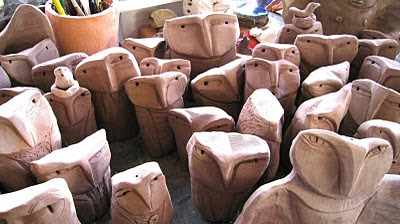 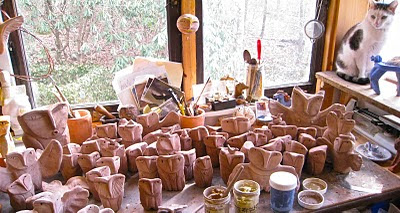 100 owls and other beings coming into being...they are in the drying stage, some are getting terra sigillata, then going into the first firing.
maybe you are wondering what is terra sigillata????? well, its an ancient technique for finishing clay.... a very very fine clay slip or liquid clay. color can be added. It is brushed onto the clay piece, then burnished for a sheen. i will be offering a very inexpensive online class in this technique soon. are there other clay techniques you are curious about? let me know!
Posted by Blue Fire at 11:52 AM 2 comments: 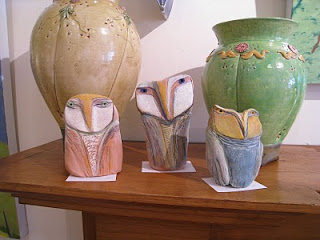 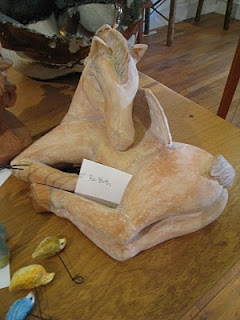 Exciting day!!!! Just took some new work to a new gallery (for me).....
7 Sisters Gallery in Black Mountain, NC.
What a nice space!
Posted by Blue Fire at 5:44 PM No comments:

Promote Your Page Too

......it is such a joy to participate in the birthing process of being...to stand up with integrity at the doorway to the Mystery with surrender, humility, respect, honoring the truth of my heart in the process of creation.